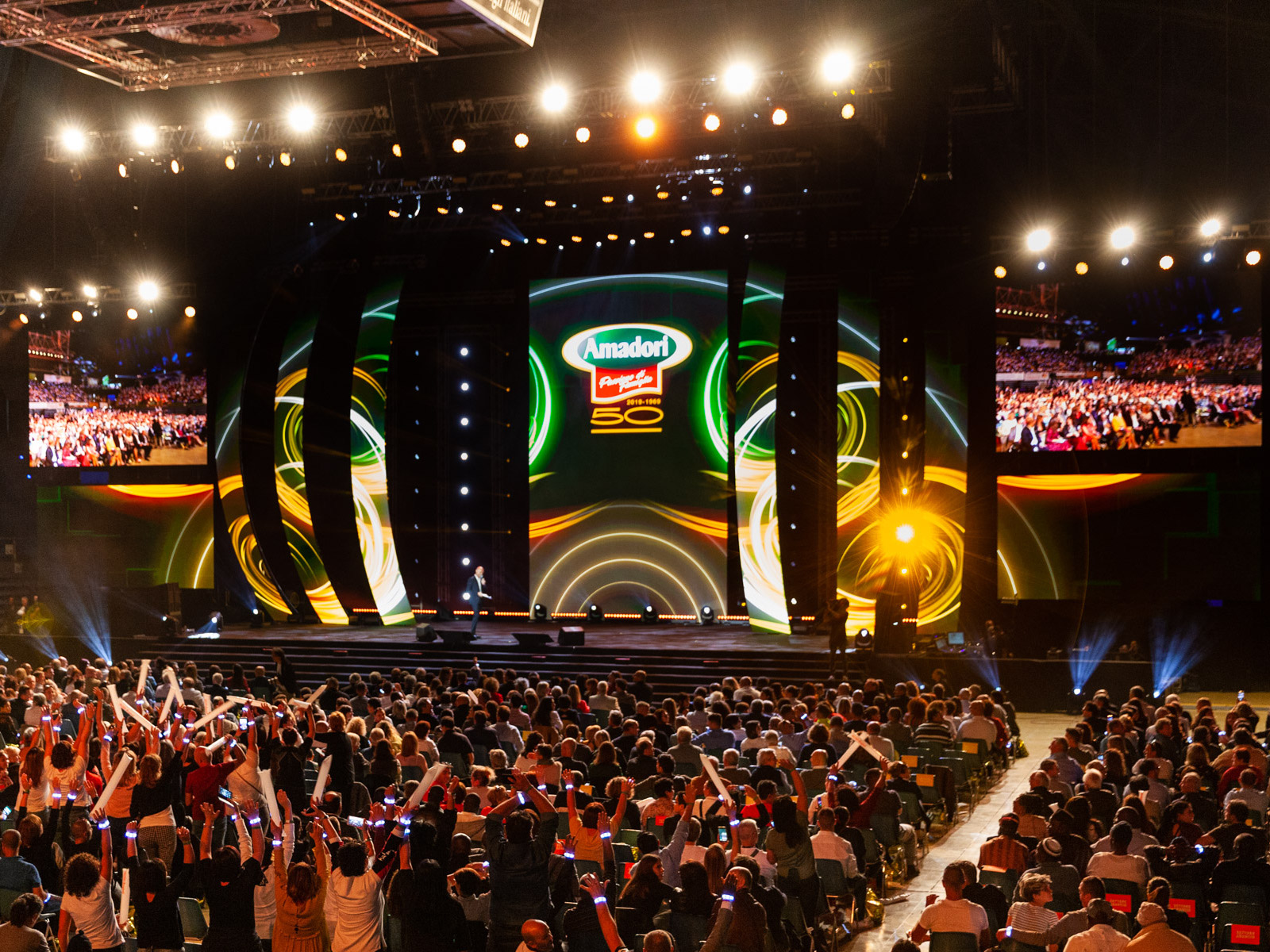 ‘Give Me Fifty’ was a full-day event, which started in the morning with the caravans of coaches – over 60 – which brought 5000 people to Pesaro from the north, central and southern Italy, to Sicily and Puglia. It took an Arena, the usual venue for concerts and artistic performances, to contain all the pride and sense of belonging that, in the last half century, has characterized the relationship between Amadori and his people, the ‘Amadori Peopoll ‘, as the company’s collaborators like to define themselves, including employees, agents and breeders of the supply chain.

The Group wanted to bring them together in Pesaro, to celebrate 50 years of the company together with a live show-tribute that alternated anecdotes and memories, entertainment and institutional moments, shows and a prize competition that offered a Fiat 500, won by a worker at the factory in Mosciano S. Angelo (TE): a non-random choice, because precisely this model, in its historical version, was used in the 60s and 70s by Amadori as a company car.

‘Give Me Fifty’, this is the title of the event that was wanted by Amadori to reaffirm the value of the relationship, professional but not only, with all the people who contribute to the success of the Group every day: a vocation to human relationship transferred to years from Francesco Amadori to his family and which today is the basis of corporate culture. The real protagonists of the event were the collaborators of the Amadori Group who, in recent months, have made hundreds of videos to tell how they live the company every day. The show was, in fact, an exciting moment of sharing, the story of 50 years of entrepreneurial challenges and many successes achieved together. A live show that retraced the company’s events in parallel with a piece of Italian history, thanks also to the involvement of great personalities from the world of entertainment. An exciting video opened the event, introducing the first steps of the company, officially founded by Francesco Amadori together with his brother Arnaldo in San Vittore di Cesena in 1969.

An unforgettable moment was the performance of the journalist and storyteller Federico Buffa, who staged the beginnings of the company and its further development: an intense parallel journey between the business events and the news and customs events that took place in Italy and in the world in those years and in the land where it all began, Romagna. The presenter of the event, Rudy Zerbi, then spoke with the sons of Francesco, Flavio and Denis Amadori, today at the helm of the company together with the CEO Francesco Berti, the further growth in the following decades, focusing on Amadori of today and tomorrow, accompanied by the story of the trends of society during an unrepeatable era in the history of Italy. The story of the birth and success of ‘Parola di Francesco Amadori’ was included, the famous slogan that has entered right into the language of all Italians that Francesca Amadori, Head of Corporate Communication, wanted to retrace together with all the participants through the most popular spots famous. The event ended with a Fiorello show created specifically for the event.