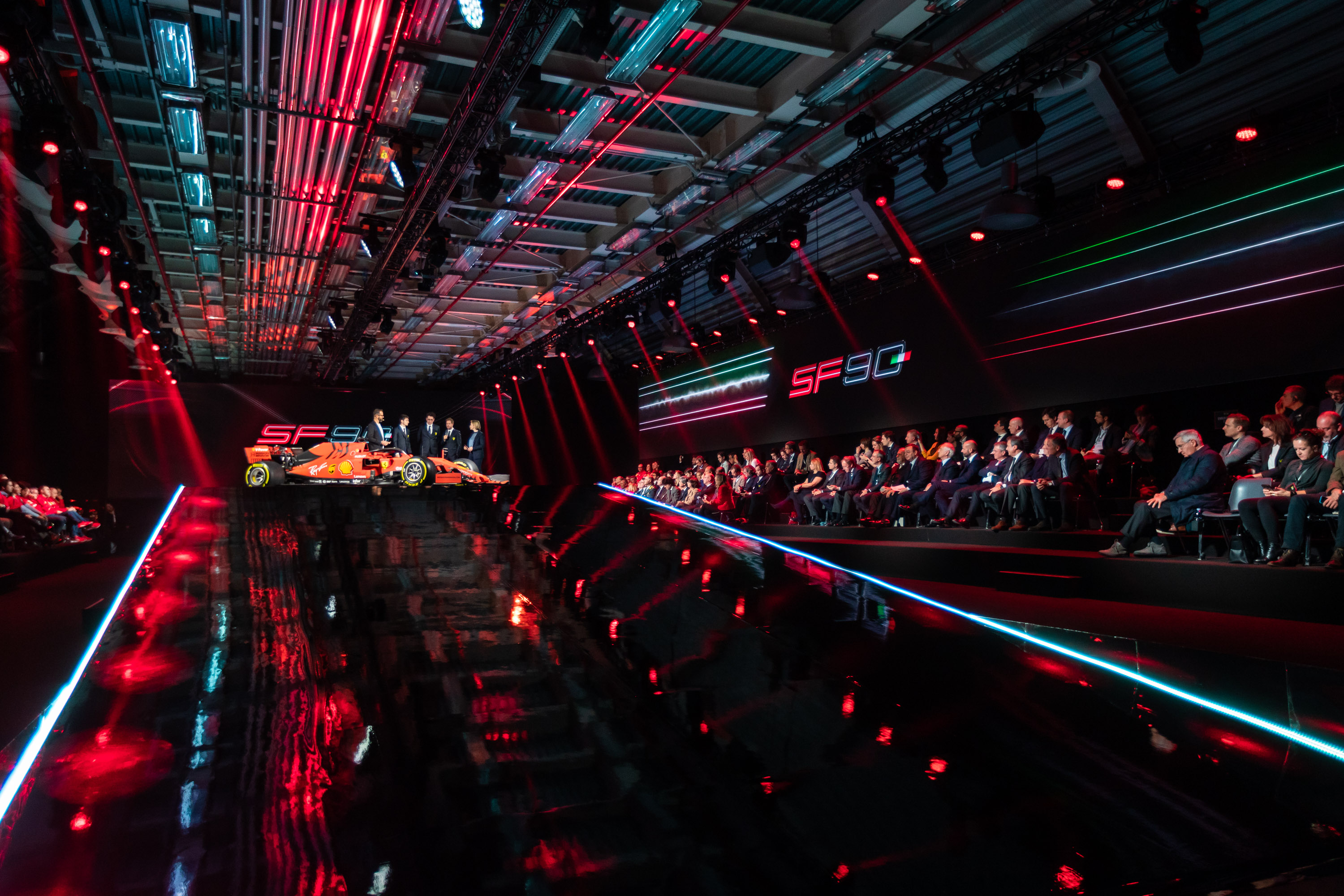 After a competition that involved the major Italian event agencies, Free Event won the realization of the reveal of the SF90 Scuderia Ferrari Mission Winnow single-seater, organized in Maranello on February 15th in the presence of 200 prestigious guests, including President John Elkann, CEO Louis Camilleri and Vice President Piero Ferrari.

For the event, an almost unique product launch  Free Event  studied a high-impact scenic project, which provided a raised walkway of more than 30 meters in length surrounded on three sides by 150 square meters of LED walls and stands for the guests. After about 30 minutes of live show, masterfully conducted by journalists Zoran Filicic and Vicki Butler-Henderson (Fifth Gear UK) and enriched by video contributions and special effects of great power, the SF90 Scuderia Ferrari Mission Winnow single-seater “emerged” from the bottom of the catwalk, tearing enthusiastic applause to everyone present.

After the reveal, the show continued with interviews with Mattia Binotto (Managing Director of Sport Management and Team Principal Scuderia Ferrari Mission Winnow) and F1 drivers Sebastian Vettel and Charles Leclerc, both enthusiastic about the new car and the new season coming.

The event was a great success also for Free Event, which returns to manage the presentation of the Ferrari single-seater after a few years, proving once again to be among the leaders in Italy in the production of shows and live events. “Ferrari is the most loved and followed in the world, an excellence of Made in Italy that counts millions of fans. Winning this project was a great source of pride for us. There have been weeks of intense work with the managers and the Ferrari team but the success of the event has paid off the time and passion invested “- said Andrea Camporesi, Founder and Creative Director of the event agency based in Faenza and in Milan.

“For this project we have chosen to work with the best professionals in Italy, managing the direction of the event together with Cristina Redini (who directed, among others,” Danza con Me “by Roberto Bolle), with the involvement by Cristian Biondani for directing rooms (with live streaming worldwide, live Instagram and live TV). For Scuderia Ferrari Mission Winnow, Free Event took care of the event in every single detail, right from the early stages of pre-production, dealing with:

Strengths of the project: